Welcome to the “Living with a Changing Coast” project. We are a cross-channel project helping coastal communities to better understand and prepare for the impacts of climate change, including sea level rise and erosion on their coastline. Partner organisations from Devon, Dorset and Normandy are working together on this part European-funded project, led by the Environment Agency. The project covers a period of three and a half years, from Apri 2011 to September 2014.

Why are we doing this? 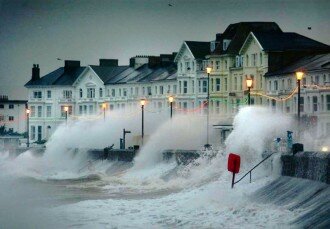 Climate change, sea level rise and erosion are already having impacts on the South-West of England and Normandy. Coastal communities need to be aware of how they may be affected and what they can do to prepare for this. We can also help to protect the coastal environment through a better understanding of the plant and animal species that live there.

How will we do this?

Where is our work focussed? 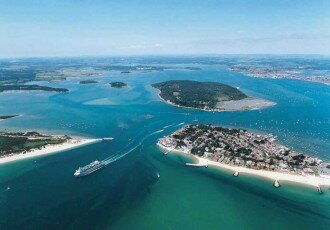 The project covers seven sites in the South West of England and Normandy in France:

Why did we choose these locations? 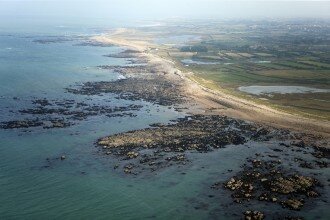 Aerial view of Saire valleyThe issues faced in Poole harbour and the Orne Estuary are similar – they are both major sea ports with ferry terminals, contributing to the economy of the region and its tourism. They also represent important areas for biodiversity.

The Exe Estuary, Sienne Havre and Veys Bay are all internationally important sites for wading birds and wildlife in general. There are conflicts of interest in terms of the use of these sites, from farming, tourism and transport.

The Saire Valley faces the problem of coastal erosion and marine flooding. Due to these problems, the major issues identified in terms of management of the environment relate to the loss of wetlands, the future of agriculture and infrastructure in coastal marshes and the fate of bird life. 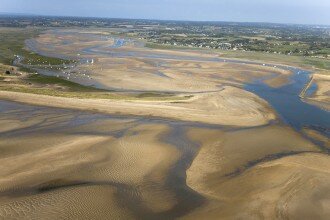 The Saâne valley is confronted by the problem of flood management and movement of fish as the mouth of the valley is crossed by a road dike that cuts the flow of water between the land and the sea.

All the sites chosen highlight the dynamic aspect of the coast and the key role estuaries play in terms of tourism and the economy. They present many different challenges and opportunities for future management.

Upload your coastal change stories and pictures and tell us about your hopes and fears for the future.

To help coastal communities to better understand, prepare for and adapt to the impacts of climate change, sea level rise and erosion on the natural and human environment.

To improve our understanding of the impact of climate change on coastal plants and animals and to identify those which are most affected. To deal with the challenges and seize the opportunities arising from these changes.