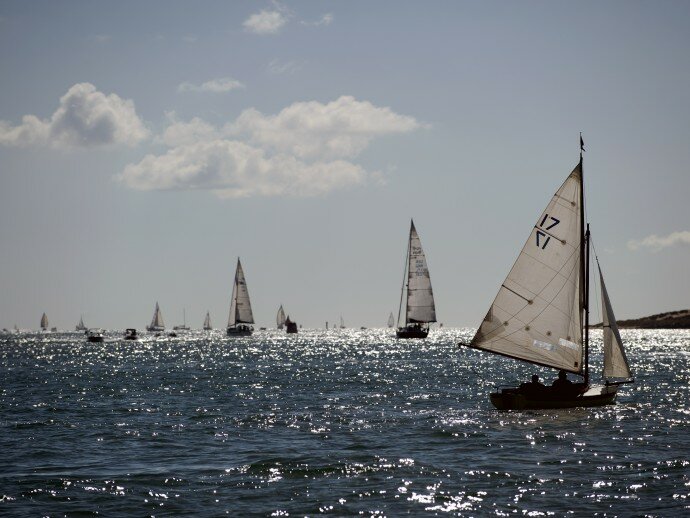 In Dorset the Living with a Changing Coast (LiCCo) project spans Poole Harbour and the open coast to the south of the harbour mouth at Studland and Swanage. The project will work with communities where coastal change is likely to have the most significant impact to explore how those communities think change will impact on them, empower them to adapt to that change and take part in decision making about how their coast will be managed in future.

Poole Harbour is an important focus for industry, recreation and conservation. It is used for a huge variety of recreational activities including sailing, diving, bird watching and angling. The harbour also provides a port for both passenger ferries and freight shipping and includes internationally important habitat.Over the years the harbour has been shaped by erosion, deposition of sediment, and variations in sea level. It is these processes which have given us the unique landscape we see today and which will continue to shape the coast in the future. This change could potentially impact on Poole Harbour in a range of ways including on infrastructure, habitats, recreational facilities, and many others. This impact will in turn affect the communities who live, work and play on the coast. This presents communities around the harbour with the challenge of how to protect people, property and infrastructure while maintaining its rich biodiversity and recreational value.

Living with a Changing Coast will focus on the following areas within and around Poole Harbour:

Much of the historic town of Wareham sits on an old hill-fort meaning the majority of properties are not vulnerable to flooding from the sea or the adjacent Rivers Frome and Piddle. In the 1700s, the marshes to the south of the Frome were slowly drained and low tide banks constructed to create grazing land. These earth banks are currently managed by the Environment Agency and are owned by a number of different landowners. Whilst they have always played a role in protecting over 400 hectares of farmland from fluvial flooding, they do not act as a coastal defence for properties in Wareham. The farmland has flooded several times following recent storm events with the ride banks being both eroded and over-topped. Predicted sea level rise raises the question as to how these banks will survive and how effective they will prove in protecting farmland in the future. Also, one section of the banks is particularly important to local people as it’s used as an access path – Redcliffe Path – between Wareham and the local village of Ridge. Should all or part of these banks be strengthened to continue to safeguard these land uses? Current policy for future management of this area focuses on exploring how some of the banks further towards the estuary could be realigned in more sustainable positions. This would allow for the creation of new intertidal habitat to replace that which might be lost elsewhere in Poole Harbour to ‘coastal squeeze’ and would allow for the future protection of 3,500 properties in Poole.

The Studland Peninsula is bordered by a 3.7mile stretch of beach which slopes gently down to the sea. It is a very popular spot for seaside tourism which offers a stunning view of the Isle of Wight. Beach huts have been present on Studland’s foreshore for generations. They are an integral part of local heritage. Some sectors of Studland are protected from the sea by gabion baskets. These structures are deteriorating. Sea level rise and climate change will increase the risk of flooding from the sea and landslide damage to infrastructure (car parks, the interpretation centre and beach huts).

Brownsea Island is the largest island within Poole Harbour. It is where a quarter of the United Kingdom’s avocet population takes shelter in winter. The island is vulnerable to coastal flooding whenever spring tides coincide with south easterly gales. The quay and associated buildings, which are important for people visiting the island, are especially affected by flooding. Brown­sea’s lagoon offers an outstanding freshwater habitat (it has been listed as a Ramsar site), which is currently protected by a sea wall. Sea level rise will alter this lagoon’s balance should saltwater intrusions occur.

The seaside resort of Swanage is protected by a combination of sea walls, groynes and by recharged beach material. Sea level rise and increased storminess could increase flood risk to the town centre, which lies below sea level. Erosion of soft cliffs to the north and south of the town is endangering homes and businesses due to lanslips.

LiCCo partners for the Poole Harbour

Tell us your story - how has coastal erosion has affected you?